Call 502.338.0608 or contact us here. You can also fill out the consultation form at the bottom of this page. One of our trained staff is available to help you schedule your first session.

How Can Therapy Help?

The treatments we use have been shown to quickly reduce symptoms and improve quality of life.

How Much Do Therapy Sessions Cost?

We will work with you to make sure you can afford treatment. We offer reduced rates for people with financial need. 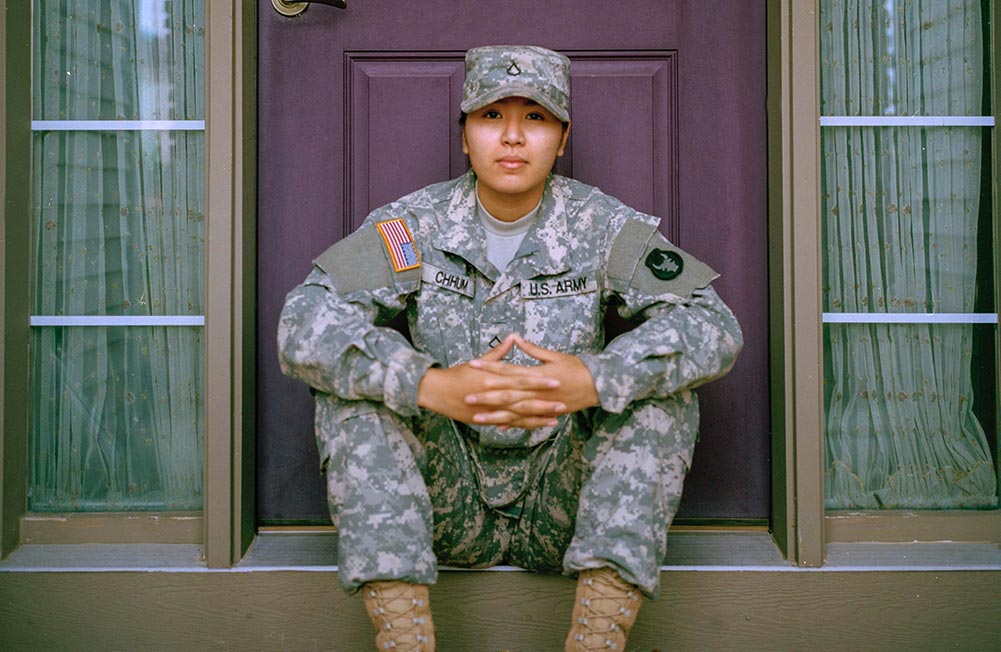 Post-Traumatic Stress Disorder (PTSD) is a trauma-related disorder caused by exposure to an event involving actual or threatened death, serious injury or sexual violence. These events may include—but are not limited to—acts of violence, combat situations, witnessing domestic violence, natural disasters, car accidents, or stress related to acts of racism. PTSD may develop in individuals who have these experiences or witness others having them. The disorder may also arise in individuals who learn of a traumatic event occurring to a family member or other loved one. Individuals who experience repeated or extreme details of traumatic events in the course of their jobs—such as first responders—are also at increased risk of developing PTSD.

In the aftermath of a traumatic event, people often suffer symptoms such as intrusive memories of the experience, negative emotional states, and anxious arousal. For most people, these symptoms naturally run their course and resolve on their own. Others, however, do not recover naturally and struggle to come to terms with the event. What sets PTSD apart from normal post-traumatic stress is the prolonged duration of symptoms. If a trauma is sufficiently intense, or if a person experiences trauma repeatedly, the symptoms of PTSD are considered to be normal responses.

The symptoms of PTSD fall within four categories:

WHAT IS PROLONGED EXPOSURE?

Prolonged Exposure (PE) is a treatment developed by Dr. Edna Foa and colleagues at the University of Pennsylvania that helps the individual overcome their anxiety and avoidance head on. PE has four elements:

WHAT IS COGNITIVE PROCESSING THERAPY?

Cognitive Processing Therapy (CPT) is a treatment developed by Dr. Patricia Resick and colleagues at the University of Missouri–St. Louis that addresses how traumatic experiences disrupt and distort people’s beliefs about themselves, other people, the world. CPT focuses on beliefs formed or confirmed by the trauma more than on the details of the trauma itself; a recounting of the event may be included as part of the treatment but is not required for it be effective. CPT emphasizes the person’s thoughts about the causes and consequences of the trauma, and how these in turn shape emotions and behaviors. CPT has the following features:

WHO IS AFFECTED BY PTSD?

Anyone that experiences a traumatic event in their life can suffer from PTSD, men, women, Black, Hispanic, White are all affected by PTSD. Women however are more likely to get PTSD with studies showing that 20 percent of women may suffer PTSD in their lifetime. Compared to men at eight percent, there is a large difference. 60 percent of American adults will suffer some form of trauma over the course of their life. One reason that women are considered higher risk for PTSD is they at higher risk of suffering some form of sexual assault over their lifetime then men, one of the traumatic events that can trigger PTSD.

Simple answer: Yes. PE and CPT have been shown to be the most effective treatments for PTSD, over medication and other forms of therapy. One of the advantages of these treatments is they can be adapted to an individual’s therapy needs and can instill confidence in the sufferer they can again mastery over their PTSD. PE has been shown to improve 80% of PTSD patients who have suffered any number of traumas, including combat, sexual assault, accidents, natural disasters, and child abuse, among others. PE and CPT are both short-term, time-limited treatments, with most people showing improvement or recovery after just 10-12 sessions.

PE and CPT have been developed, studied and modified for decades. The U.S. Department of Veterans Affairs has adopted them as its primary interventions to help soldiers returning from combat and those who have been victims of military sexual trauma, an increasing need as those returning from service re-integrate into society. This can be an especially difficult process for men and women who have spent months—even years—in the high-intensity situations that occur during combat. Both PE and CPT are considered the gold-standard treatments for PTSD.

EMDR stands for eye movement desensitization and reprocessing therapy. EMDR employs side-to-side eye movements while asking the client to visually track the therapist’s finger across the visual field. While this is happening, the client reports the nature and emotional consequences of a traumatic experience. The client is also asked to generate a more positive appraisal about the trauma and their experience with it. Healing is said to occur after eye movements unlock the pathological condition (Shapiro, 1995).

EMDR certification is widespread across many therapists, and yet research support of its effectiveness has received considerable scrutiny. It is considered by many clinicians who are trained in evidence-based treatments for PTSD to be a novel, or pseudo treatment, aimed at appealing to a potential client’s interest as something new and different (Lohr, Hooke, Gist, & Tolin, 2003). Several independent studies have shown that eye movements, alternative stimulation, or cognitive reprocessing (all components of EMDR) are not necessary components of treatment (Boudewyns & Hyer, 1996; Boudewyns, Stwertka, Hyer, Albrecht & Sperr, 1993; Devilly, Spence & Rapee, 1998; Renfrey & Spates, 1994;. Instead, any measurable change following EMDR is most likely a function of imagery exposure, which is a major component of prolonged exposure therapy (Muris & Merckelbach, 1997).

The above-mentioned research findings form the basis for why BWC does not provide EMDR to our clients. Rather than unnecessarily subject our clients to a sequence of interventions that have been shown to be inefficacious, we commit to provide only the most effective treatment approaches of PTSD at BWC.

HOW DO YOU FIND OUT IF YOU HAVE PTSD?

If someone is really concerned about trauma and its ongoing effects, they should find a properly trained therapist for a through a proper evaluation and diagnosis. Contact us to establish a treatment plan to help deal with PTSD.

If you need urgent care, call our office today.

Our staff will ensure that you receive the best possible care.

We are still accepting clients for online telehealth therapy. We know this is a stressful time. Please reach out and get help to support you. Contact one of our Intake Coordinators today by calling or filling out our online form.